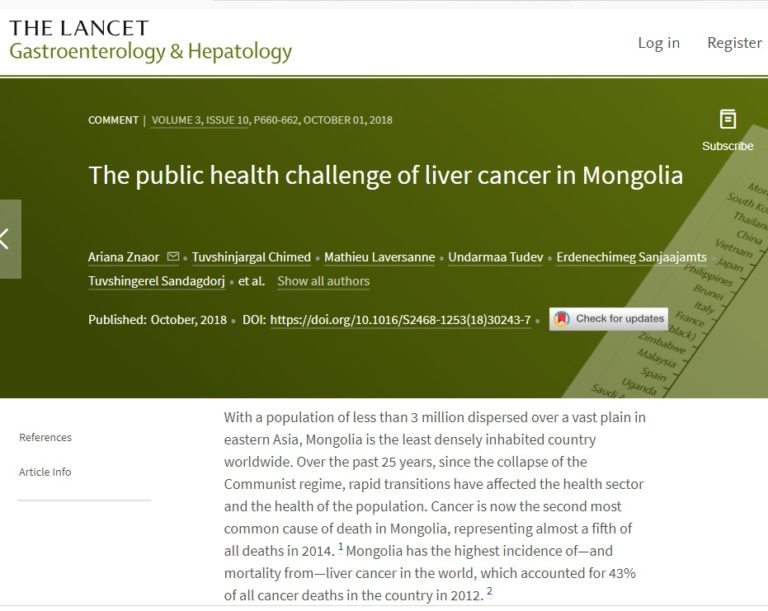 Cancer is now the second most common cause of death in Mongolia, representing almost a fifth of all deaths in 2014. With a population of less than 3 million, Mongolia has the highest incidence and mortality of liver cancer in the world, which accounted for 43% of all cancer deaths in the country in 2012.

The past 25 years have seen rapid transitions that have affected the health sector and the health of the population. These findings are the result of the work of the IARC GICR team and colleagues from the National Cancer Center of Mongolia, published in Lancet Gastroenterology and Hepatology, October 2018. The link to the Lancet is here: https://www.thelancet.com/journals/langas/article/PIIS2468-1253(18)30243-7/fulltext30243-7/fulltext)